Today I randomly decided to start couponing. When I was 10, I was a coupon master. Not a coupon addict like the folks featured on that show, but an overly precocious money-saving kid who had the little coupon wallet and knew whether the name brand with a coupon was cheaper than the store brand on sale.

Since then I’d fallen into the mindset that my time was worth more than the amount I would save, so I stopped doing anything other than looking at the circulars to determine which store had the most things I needed on sale. When Safeway’s Just for U was launched last year that was an amazing thing. I could “coupon” but with the ease of just pushing the add to card button. Yay!

But last week I had a revelation. While picking up water crackers for my New Year’s Eve fancy cheese selection, I saw someone had left a $.70 paper coupon for my favorite brand. It had clearly been abandoned so I snagged it. Imagine my surprise when I applied it at the cash register and discovered/remembered that Safeway doubles manufacturer’s coupons up to $.99. WOW. $1.40 off with no effort was a big deal.

This experience stuck in my head and this afternoon prompted me to try couponing. And when I say couponing, what I mean is that I shoved a pair of scissors in my purse and headed to Walgreens to pick up some Vanilla reload cards to hit minimum spend and a Sunday paper. I then sat in my car at the Walgreens and cut out all the coupons I thought I might use on my next grocery trip. I also pulled up my Safeway app and looked at the coupons they had. There was a surprising (or unsurprising) amount of overlap. I wondered if they’d let me apply both or which one would trump.

Now this has ascended to the level of an experiment and I was ridiculously interested in the outcome. I also found myself wishing more manufacturers would do $.75 coupons instead of $1.00, so I could get them doubled.

So I shortly found myself wandering the aisles at Safeway. To add to the experimental possibilities, they were also running a special of a $10 rewards on your next purchase for $75 in spend (this encouraged me to buy things I would need soon but not at the moment) and $5 off $20 spent on weight watcher’s approved products like Progresso Soup and TV dinners that were also on my list. Sooooo many possibilities.

When I finally had spent an hour or so going up and down the aisles (since remember not only did I not plan ahead on what coupons and when, but I also didn’t even jot down a list to remember everything) I was ready to wait in the long lines at checkout. And since I’d spent so long there, I decided to incentivize myself to put everything away quickly by waiting to look at my receipt until I had finished it.

I did in fact save quite a lot of money, but most of it came from the Just for U offers. Turns out, they are on to multiple coupons for the same item, so the paper coupons only helped me get the double discount instead of a triple one. Still a good deal, but not sure if the extra $5 in savings was really enough to offset the time on a regular basis or the $2 investment in the Sunday paper.

One thought on “I Couponed Today” 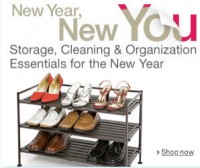